WAVE POOL – Ipswich
WAVE POOL’s are becoming more popular through out the world as major tourist attractions. They also attract serious surfers for a bit of R&R away from the surfing madding crowds.
WAVE POOL’s are these days big business. Not suprising then that one Company has the name of KELLY SLATER involved, and is sure to draw world wide attention, and deservedly so.
The City of Ipswich is locked in a race to get the first WAVE POOL for Surfing with of all places, the GOLD COAST.
The Dubai of Ipswich?

Ipswich is 100km west of Brisbane and about that far from any Surfing beach you could name, but that’s the reason for it, to be first with a purpose built WAVE POOL for Surfing.
The project would be privately funded with backers already lining up to go, and that includes KELLY SLATER’s own company, the KS WAVE COMPANY.
“This could be reality within a couple of years as the technology and backing is there, but it is just about getting the details right” a spokes person for KS said.
World Patents
WAVE POOL’s already exist in the Middle East, Europe, and Asia all generating set after set of seriously good waves for experienced Surfers chasing that ultimate wave these pools provide.
Councillor Pisasale Mayor of Ipswich Shire said “Ipswich had a compelling case for wave pool attraction. Ipshwich would be perfect as we have the climate, we’re close to the State Capital and a fantastic tourist attraction for Ipswich”.
IPSWICH the new DUBAI of the west!
Article courtesy of :) http://www.surf-shop.org/surf-culture/wave-pool-ipswich
Posted by Birdie the boardie at 9:05 PM No comments: Links to this post 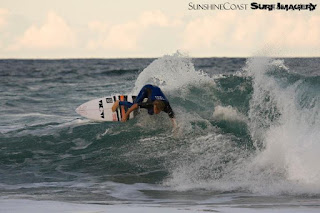 The MAGIC MUSHROOM Surfboard
Mushy Toughie
There for, it goes without saying that the Magic Mushroom is one tough little Mushy, ideal for anyone looking to maximize their surfing performance and enjoyment as the photos of Stevo having fun depict.
You can surf the Magic Mushy a few inches shorter than your regular short board, but hey, floatation is everything in catching more waves.
Get the MAGIC MUSHROOM advantage, by clicking the link for more information…go do it! You know you want to!
Posted by Birdie the boardie at 7:42 PM No comments: Links to this post

Four Seasons Resort Kuda Huraa from August 27 to September 2, 2012,
In a reunion poised to set the Maldivian waves alight, surfing legends Tom Curren and Martin ‘Pottz’ Potter are the two latest World Champions to join Mark ‘Occy’ Occhilupo in the line up for Four Seasons Maldives Surfing Champions Trophy 2012.
Posted by Birdie the boardie at 9:00 PM No comments: Links to this post


Billabong Pro – Tahiti 2012 16th – 27th August.
Surfing World Champion headed up by Kelly Slater having a chat on how it is when the surf is pumping. 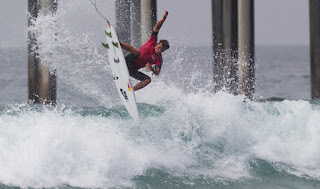 JULIAN WILSON WINS NIKE 2012 julianwilson JULIAN WILSON Wins NIKE 2012 Winning Airs Julian Wilson Wins Nike U.S. Open of Surfing 2012 Knocking off Brazil's Miguel Pupo in the final at Huntington Beach Pier and taking home the winners cheque of $100,000 in some what ordinary conditions. Julian&rsquo;s semi-final against Gabriel Medina was highlighted by his revert back into the pier pylons, that seemed to get every one&rsquo;s attention, and then capped it off with a big air in the closing minutes, all but ending Medina's efforts. Julian said after the event, " I felt like I was peaking at the right time. My start to the year was shaky from my ankle injury, but I feel on top of it now. My "Lost" board performed for me when I needed it, (thanks Matt Biolas.)". Julian continues "I put a lot of trust in that board, and it worked"
JULIAN WILSON Wins NIKE 2012 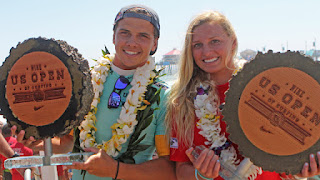 Winners are Grinners!
Lakey Peterson Wins Womens Nike 2012
Carissa Moore had every thing piling up in her favour but Lakey Peterson had other ideas. Lakey said "It's been a crazy ride and I'm so stoked to win this event right now in front of my supportive family and a crowd like this is so special"
Posted by Birdie the boardie at 6:44 PM No comments: Links to this post

Kelly getting intoPipes Backdoor!
Posted by Birdie the boardie at 11:36 PM No comments: Links to this post