JR Voodoo Surfboards
JR Voodoo Surfboards
Breaka Pro Burleigh Heads
True to form whenever Sunnycoast Klips is on the job as guided by the conditions. ”The waves were pumping and we scored enough good footage in half a day to stoke out the viewers, and capture the eyes and ears of the many who will be checking out the 2013 Breaka Pro at Burleigh Heads and the new Voodoo model by JR surfboards or Surf-Shop Peregian Beach” said Steve Maloney.

Posted by Birdie the boardie at 6:15 PM No comments: Links to this post 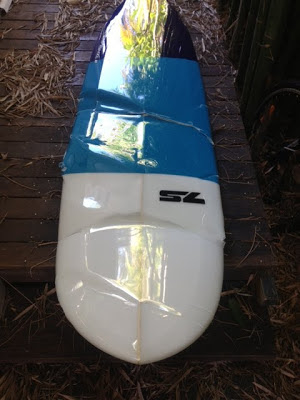 7S Superfish II – Forklift Damage
Its great when you are made aware, why the delivery of boards you were expecting, wern’t going to come at all.
You see,… some one ran over them with a Fork Lift at the transport depot (won’t mention the company) and then simply put them in a corner and didn’t bother to really let any body know.
We were on to the supplier and unbeknown to them, all things were going well, should have been in transit “but its hectic and we really cant trace them because of the volume of stock flowing” I thought that’s what all the computer tracking was good for…apparently not.
Finally, the moment we got word, replacement boards ...
Posted by Birdie the boardie at 10:09 PM No comments: Links to this post